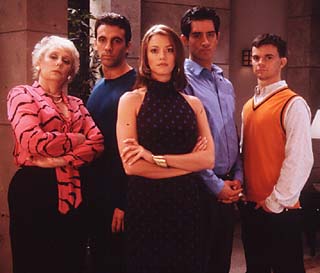 Spyder Games is a short-lived soap-opera aired on MTV from June to September 2001 (65 episodes). It is centered around the rich-videogame-company-owner Carlisle family and the murder of its patriarch Boris. Apart from being funny, racy, twisty, Spyder Games has great characters : Taylor, one of the best villain bitches of TV history ; Ivan the closeted gay man ; Natalia the scheming-rich-but-neglected-by-her-father brat ; Julie the virgin gone wild. The show never takes itself seriously, you get for example Daphne the soap-opera fan constantly compairing her life with Victor & Nikki Newman's or Eric & Stephanie Forrester's : "Days of Our Lives is your bible. Ask yourself what Sami would do !"

On top of that, you get tons of Go-Go's references : lines ("our lips are sealed"), guys wearing Beauty and the Beat t-shirts, even Belinda's name is used for the main family. According to the Spyder Games official website, Daphne is a Go-Go's fan and Jeff's hobby is "surfing and spying"... And of course, Jane is a member of the main cast. She plays Gretel Barnes (who "did vocals and guitar for defunct pop-grunge act The Gypsies"), owner of the trendy coffeshouse named Euphoria (after a song of the Tangled album), where she is often seen playing guitar for Sasha, the cute Carlisle youngster who wants to become a rock star. You get to see featherbrain Cherish sing Tangled, etc etc. Jane's amazing song Icicle (from the Kissproof World album) is included on Spyder Games official soundtrack CD, widely available for purchase on the Internet. 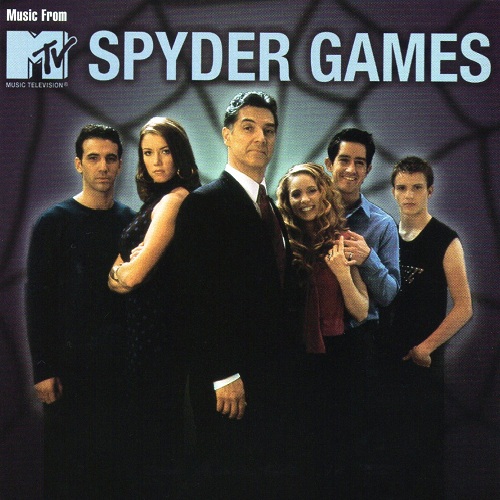 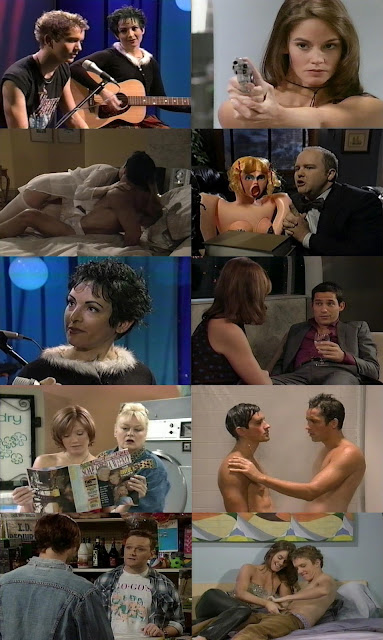 Spyder Games did quite well but MTV was simply not interested in producing soap operas. The series ends on a cliffhanger and was sadly not renewed for a second season. It has never been released on VHS or DVD. I've read here and there that there were plans for a second season : Daphne's mother and the presumed dead Carlisle mother were supposed to return (played by Julie Brown and Terri Nunn respectively), and a rumor states that Britney Spears had been asked to make a guest appearance (but declined).