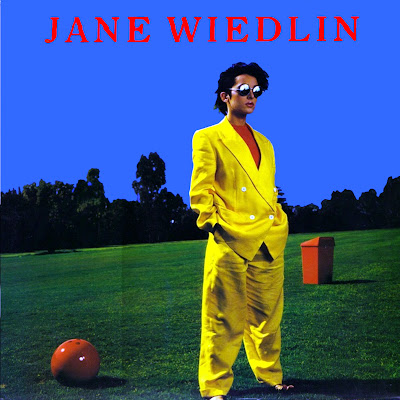 Let's talk about some Go-Go's going solo. It took me years to listen to my first solo stuff after I became a fan of the band, but I wasn't disappointed. The girls each had very different careers, which make for quite a rich whole music session !

Jane Wiedlin is the first solo album to come out in 1985, nearly exactly a year after she left the Go-Go's. The result is brilliant, with the typical Jane touch is most of the songs. The sythpop-oriented production might make it sound dated nowadays, but the songs are so good it's no big deal.

The tracklist of the album :

No B-Sides or outtakes available. Only 3 remixes of Blue Kiss were released on the 12'' single.

My goal is to talk about the album and to make it known by people who might not know much about the Go-Go's side stuff. So here are some songs from Jane Wiedlin you can listen to :


BLUE KISS
The first and only single of the album.
SOMETIMES YOU REALLY GET ON MY NERVES
One of my favourite songs.
WHERE WE CAN GO
This would have made an awesome second single. I love to sing it along out loud in my car ! To me this song is the closest to the Go-Go's sound.


MY TRAVELING HEART
A beautiful and original "syth-celtic" song (I'm from Brittany, by the way). One of your masterpieces Jane !