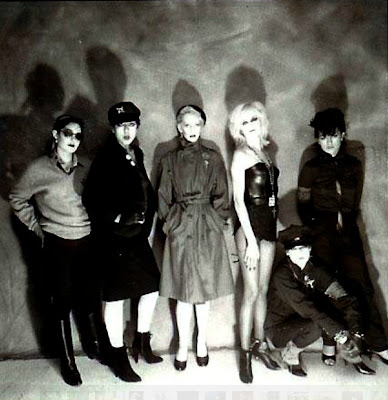 Castration Squad was an all-female goth-punk band Elissa Bello (on the right on the pic) joined in the early 80's after leaving the Go-Go's. She kept the drums spot while the rest of the line-up included people like Alice Bag, Mary Bat-Thing aka Dinah Cancer, Shannon Wilhelm, Tracy Lea, Tiffany Kennedy or Phranc. As far as I know, the band never released anything.

But you can still get a glimpse of Castration Squad's sound thanks to Peter Ivers and his New Wave Theatre show, which broadcasted two of the band's songs, "No Mercy For The Dead" and "A Date With Jack"

Elissa can by seen clearly on "A Date With Jack" :

Some live bootlegs are also available but seem quite hard to find. Here's an audio of "Ex Girlfriend" : 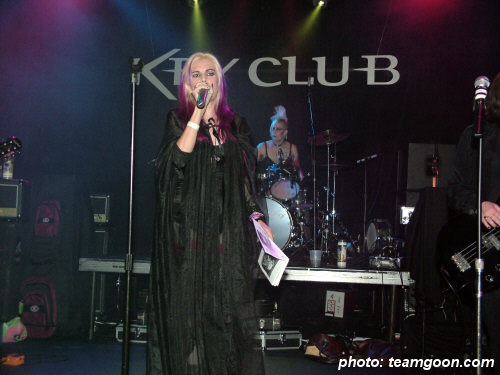