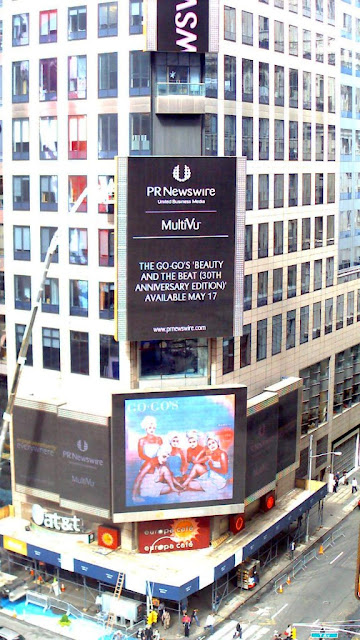 "We've talked about it for years. It's one of those ongoing conversations. I was thinking about how few records we actually have made in our 33 years and how we could be doing a lot better. Because the Go-Go's isn't a full-time band anymore and the fact we've scattered over the whole world, it makes it really hard to commit to things like making records. But having said that, now that the interwebs are so big and people release one song at a time… the structure of making music has become less rigid. So I'd like to think that, yes, we will have new music coming. Over the course of a year everyone just started re-thinking that idea [the Farewell tour] and ultimately we decided we shouldn't say it's a farewell tour this year. I was not happy about it, anyway; I want to be a 90-year-old Go-Go someday. I love being a Go-Go. It definitely has its ups and downs, and we have a very intense energy with each other. Sometimes it's amazing fun, and it's always magical when we play live together. And sometimes we are just such a pain in the ass to each other, like, we all get on each other's nerves because we've all known each other for so long. Basically it's a five-way marriage that's gone on for 33 years — and will keep going if I have anything to say about it."

Isn't this awesome ? Girls, I'm waiting for some new songs !

Email ThisBlogThis!Share to TwitterShare to FacebookShare to Pinterest
Tags News