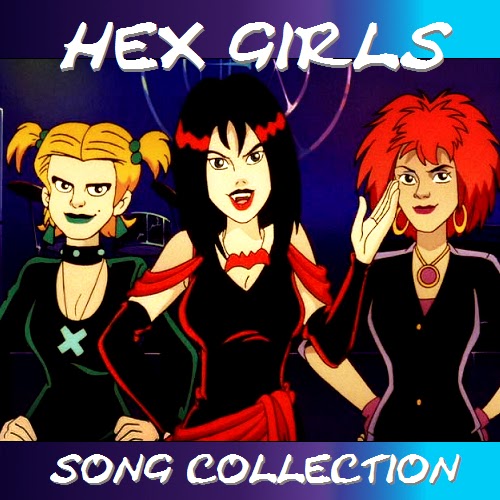 The Hex Girls are a fictional all-girl rock band occasionally featured on the Scooby-Doo franchise. Jane is the voice actress of Dusk, the blonde drummer, and sings back-up vocals on their songs. Here's a collection of all of Hex Girls songs.

- Tracks 1 - 7 are available on the Scooby-Doo & The Witch's Ghost Original Soundtrack CD.
- Tracks 8 - 13 are ripped from video, which means the songs are incomplete and with sound effects. Clean and complete versions are not available.
- Jane sings lead on Who Do Voodoo.